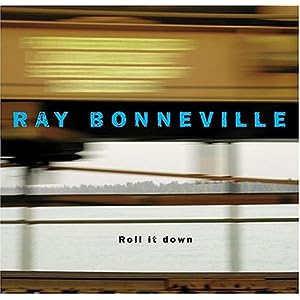 Roll It Down by Ray Bonneville

Just had to post a quick note to rave a little about it (although I have only listened to half of it so far). Ray Bonneville became a favorite artist of mine when I downloaded the "Gust of Wind" album from emusic (still a favorite album of mine), so I knew this one would be good, and it sure is. Production is excellent - lots of tight separation of sound from the speakers. It's a very bluesy kind of CD. fRoots describes it as "a potent blues cocktail reminiscent of John Lee Hooker, JJ Cale...and Clapton." Sound samples here.

The CD credits on "Roll It Down" list Colin Linden as one of the producers, which reminds me that I had this album in my emusic SFL list, and after hearing the sound clips again, I've moved it up further to the top of the list for CDs to purchase:

Listening to this music makes me want to go dig out this CD and listen to it again - another really fantastic blues-rock album: 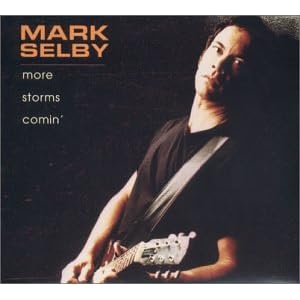 eMusic has Selby's CD, Nine Pound Hammer (or some similar title?), which is very good, but NONE of Selby's albums can touch 'More Storms Comin' (unfortunately not available on eMusic, even though it's on the Vanguard label). It is a true classic, IMO. I first discovered it when I was in a Hastings store at the time they were playing it. The track "Smoked" is what caught my attention and caused me to ask the guy working there what they were playing and where could I find it. He led me to the blues section, to which I said, "That's blues?" Well, yes, after listening to the whole album, it's definitely blues. I have very few CDs that equals the excellent production of this one. I was immediately impressed with the full superb sound of all the instruments and the vocals. The tracklist includes a variety of styles, and they are all just top-notch. This CD is very, very infectious. You need to play this one loud.

Amazon link where you can hear samples (although they probably won't do the CD justice) is here.

Now I've got to go finish listening to Bonneville, and then dig out that Selby CD.