"Jhonn," UTTERED BABYLON, their harrowing and haunted debut, featuring James Blackshaw and David Tibet, is centred on Davids friendship with, and love for, the late Jhonn Balance of Coil as well as Jhonns death and how it affected the circle of friends around Jhonn.
With all lyrics by David and all music written by James, the album was recorded during February 2012 with James Blackshaw on classical guitar and harmonium and David as vocalist." 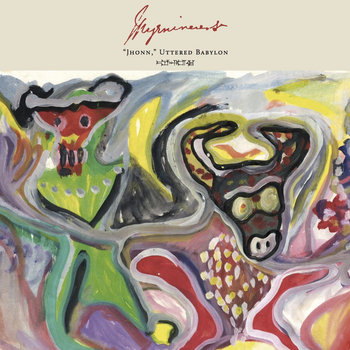 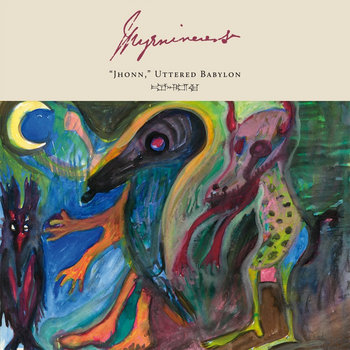 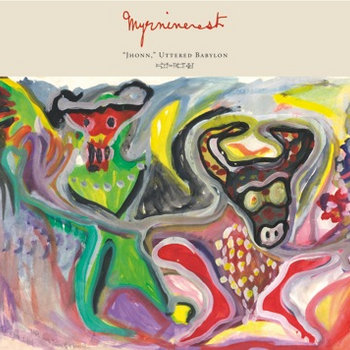 - THE SPHERES THREE is mixed by Andrew Liles 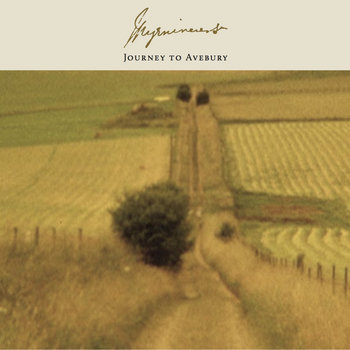 - "Journey to Avebury (THE SPHERES FIVE) is MYRNINERESTs soundtrack to Derek Jarmans film of the same nameJhonn Balances favourite film by Jarmanand has been issued to commemorate MYRNINERESTs London concert on 4 August and features David Michael on vocals, Andrew Liles on electric rain, and Michael Cashmore on piano, based on a theme by James Blackshaw. This one-sided 12" record comes in a full colour sleeve. The piece is 13:36 in length."
Coptic Cat - http://www.myrninerest.com/ - Emusic

David Tibet
- "(born David Michael Bunting, 5 March 1960) is a British poet and artist who founded the music group Current 93, of which he is the only full-time member.
He was given the name "Tibet" by Genesis P-Orridge, and in January 2005 he announced that he would revert to the name David Michael, although he continues to use the well-known "Tibet" in his public career to date.
David Bunting was born in Batu Gajah, Malaysia. Early in his career, he collaborated with Psychic TV and 23 Skidoo. Tibet left Psychic TV in 1983 and founded Current 93 the same year. He has worked with Steven Stapleton of Nurse With Wound (of which band he is a member), Michael Cashmore, Douglas P. (of Death In June, on whose albums he has appeared several times), Steve Ignorant of Crass (using the name "Stephen Intelligent"), Boyd Rice, Little Annie, Björk, Nick Cave, Rose McDowall, and Ian Read of Fire and Ice.

Tibet's lyrical subject matter reflects a consistent preoccupation with all aspects of apocalypse. He has long been a student of Christian eschatology. At a precocious age, he developed a strong interest in Aleister Crowley and the Ordo Templi Orientis. He joined the Typhonian Ordo Templi Orientis and borrowed the term "93 Current", the current of Thelema or Agape, from Crowley. His initial recording as Current 93, LAShTAL, was, according to Tibet, "the invocation of Malkunofath on the Nightside of Eden, the reverse of the Tree of Life". He has long proclaimed a virtual anathema to Crowleyism (despite a strong appreciation for Crowley as an individual) and instead has embraced at various intervals, Tibetan Buddhism and esoteric Christianity. His projects continue to focus on the multifaceted aspects of apocalypse, mainly death, loss and destruction. Progressively, his works are tempered by Christian mysticism and an increasingly strong faith in the end of the world."
- Wiki

James Blackshaw
- "Initially inspired by the guitarists of the 60s Takoma label to teach himself fingerpicking, James Blackshaw writes long-form pieces primarily for solo 12-string guitar that are heavily influenced by minimalist composers and European classical music and which use drones, overtones and repeating patterns alongside a strong inclination for melody to create instrumental music that is both intelligent, hypnotic and emotionally charged.
Born in 1981, Blackshaw has so far released six solo studio albums, one live recording and has also appeared on numerous compilations in the last five years. "O True Believers" (2006, Important Records/Boweavil Recordings), "The Cloud of Unknowing" (2007, Tompkins Square) and "Litany of Echoes" (2008, Tompkins Square) have received huge critical acclaim from printed and online publications including Pitchfork, Billboard, The Wire, The Observer, The Times, Uncut, The New York Times, Rolling Stone Magazine, Magnet and Acoustic Guitar Magazine. "The Cloud of Unknowing" was also listed as one of the 50 best albums of 2007 by The Wire (no. 24) and Pitchfork (no. 34).
- Young God Records