Brighternow
October 2012 edited October 2012 in whirling dervish
This is music beyond comparison, artist and genre wise, except perhaps Vincent Bergeron (aka Berger Rond) and the vocal equilibrist David Moss:

"Imagine all the world's instruments, musicians and hemispheres lashed together into a giant mega-calliope, super-jukebox, or fantasmo-sampler. As called to action by a hyper-caffeinated virtuoso, it might sound something like these works by Noah Creshevsky."
--Arved Ashby, Gramophone. 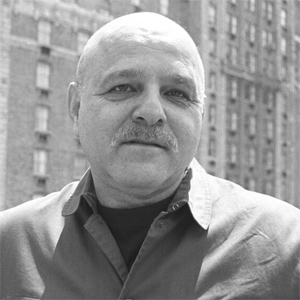 - "I have been composing electronic music for more than thirty years. Common to all of my music is the use of expanded sonic palettes. My goal has been to create a body of work using a novel but natural, versatile, and expressive musical language. My focus on extended musical palettes mirrors the belief that individuals and societies are improved through broad inclusion. Much of my musical vocabulary consists of familiar bits of words, songs, and instrumental music which are deconstructed into minute fragments, subjected to a variety of electronic processes, and finally reassembled in ways that bear little or no discernible relationship to their original sources. The result is a sound at once nearly human and tangentially electronic, but never fully one or the other. Allusions to Middle Eastern, Asian, and Western sacred, secular, popular, and classical instrumental and vocal music seek to produce hypothetical performers of indeterminate identity--simultaneously male and female, Western and non-Western, ancient and modern, familiar and unfamiliar."
--Noah Creshevsky